California Penal Code 1203.3(a) authorizes the court, within its discretion, to terminate probation early upon proper motion by a defendant.[1]  The judge may even terminate probation even when the prosecutor objects.  However, the court will examine a number of important factors prior to ruling on a motion to terminate probation.  The purpose for imposing probation is to ensure a criminal defendant completes all their court ordered obligations – e.g., community service, counseling, fine payment(s).  If the court were to not place a person on probation, the court would lose the ability to enforce the sentencing obligations.  It should be noted that submitting an early termination of probation motion is applicable to both misdemeanor and felony cases.

WHAT FACTORS WILL THE JUDGE CONSIDER PRIOR TO RULING ON A PROBATION TERMINATION PETITION?

OTHER POST-CONVICTION REMEDIES PURSUED AFTER THE COURT TERMINATES PROBATION

If the court grants your petition to terminate probation early, then it’s common for a petitioner to seek an expungement and/or reduce their felony to a misdemeanor.  The process involves filing a specific petition under Penal Code 1203.4 and/or Penal Code 17(b).[2]  If the court grants the reduction and/or expungement, the offense will reduced to a misdemeanor for all purposes and the conviction will thereafter be dismissed.  A notation will then be added to a defendant criminal record reflecting that the conviction is a misdemeanor and dismissed.  Most petitioners apply to expunge their records because of the benefits it carries when applying for employment in the private sector. 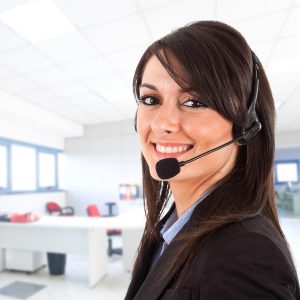 [1] California Penal Code 1203.3(a): “The court shall have authority at any time during the term of probation to revoke, modify, or change its order of suspension of imposition or execution of sentence. The court may at any time when the ends of justice will be subserved thereby, and when the good conduct and reform of the person so held on probation shall warrant it, terminate the period of probation, and discharge the person so held. The court shall also have the authority at any time during the term of mandatory supervision pursuant to subparagraph (B) of paragraph (5) of subdivision (h) of Section 1170 to revoke, modify, or change the conditions of the court’s order suspending the execution of the concluding portion of the supervised person’s term.”