Embezzlement is a serious crime in California, punishable by a lengthy jail sentence, fines, and the payment of restitution. Many hard working people who have never been charged with a crime before find themselves being prosecuted for embezzlement. Consequently, retaining an experienced Newport Beach embezzlement attorney can be one of the most important decisions you make. With your freedom and future at stake, employing legal representation of a reputable and aggressive lawyer to defend your rights is crucial. 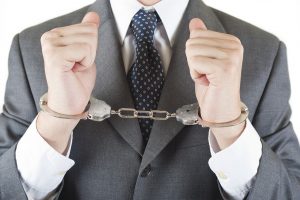 Embezzlement is charged under Penal Code 503 pc which involves the taking of money or property by a person entrusted with care.[1] The higher the value of property, then more severe penalties follow. Ordinarily, a common scenario for this charge occurs in an employee-employer context.  Embezzlement is punishable in the county jail for up to three (3) years if convicted. Additionally, if the property amount exceeds $100,000, then sentencing enhancements apply making the offense a mandatory state prison sentence. Furthermore, embezzlement is a theft crime, therefore carrying adverse consequences to someone’s immigration status and/or state or federal issued license.

If you’ve been arrested or charged with embezzlement under PC 503, then contact the Law Offices of John D. Rogers to speak with an experienced Newport Beach criminal defense lawyer. Embezzlement investigations take months, if not years, to conduct. Early retention of an experienced attorney can help deflect Government’s case against you and avoid charges altogether. Contact us today to schedule a free confidential consultation concerning your rights and defenses.

[1] Cal. Pen. Code, § 503 (“Embezzlement is the fraudulent appropriation of property by a person to whom it has been entrusted.”)