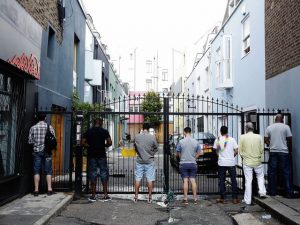 Being issued a citation for public urination is a common crime in Newport Beach.  The Fourth of July seems to be the time of year officers cite individuals for this charge around the beach cities when access to a public restroom is not nearby.  The charge is typically filed under California Penal Code § 647.  But many city or county localities have their own statutes governing the charge.  For example, if you were cited for public urination in Newport Beach, then the officer will cite you under Newport Beach Municipal Code 10.66.030.  Public urination is a form of disorderly conduct and typically charged with being drunk in public.  Some localities label the crime as a public nuisance affecting the general welfare and health of the community.

In addition to public urination charges, you could also be charged with indecent exposure depending on the facts of your case.  Although typically laughed about, the punishment could lead sex offender registration.

The defenses to this charge will depend on what the officer observed and/or evidence against you.  But the requirement under any public urination statute requires you to discharge bodily fluids in a public place.  Thus, if you were on private property, you may have a viable defense.  Additionally, sometimes an officer cannot prove you released yourself.  Although you may have been standing in front a wall or behind a bush, and your conduct is indicative of someone discharging themselves, but unless the officer can prove you actually released, then it’s much more burdensome for the government to prove their case.  For example, you were cited by the police before you were able to release yourself.

Your first court appearance is your arraignment date.  On this date, you enter a plea to the charge of either guilty or not guilty.  Upon a plea of not guilty, the case will then be placed into pretrial or set for trial.  Typically, those cited for this offense are embarrassed to address the court.  Therefore, if you retain an attorney, they can appear on your behalf without your physical appearance.  If you cannot afford an attorney, your appearance is mandatory and the court will appoint a public defender to represent you.  If you fail to appear to your court date then the court will issue a bench warrant and your driver’s license will then be suspended.

Most misdemeanor public urination citations could be diverted from formal sentencing either informally or formally.  Moreover, this occurs where you enter a plea, but formal sentencing is suspended for a certain period.  In the meantime, the court orders you to pay a fine and do some community service.  Upon successful completion of your obligations, your plea will be withdrawn and the case will be dismissed.  Diversion is typically offered to first-time offenders but can be available for those with a prior criminal history.

If you have been arrested or cited for public urination, contact an Newport Beach Criminal Defense Attorney at the Law Offices of John Rogers for a free consultation.