Typically the court will impose a period of probation when someone is convicted of a crime.  The level of supervision will depend on whether someone has been convicted of a felony or misdemeanor offense.  For example, a felony conviction carries formal/supervised probation where a defendant must report monthly to a probation officer.  Unless otherwise agreed, a misdemeanor conviction carries informal probation with no requirement to report to the probation department.  In either instance, a person may petition the court for an early termination of probation made under California Penal Code 1203.3 .[1]

The process requires a formal hearing where the judge will determine, based on a number of factors, your candidacy for probation termination.  This hearing is also known as a motion to modify probation and the court has wide discretion on ruling upon such petition.  Once the court discharges a person’s probation status, probation terminates forthwith relieving someone from any further obligations.  If the petition is denied, a defendant may re-petition at a later point so long as the motion to terminate is not denied with prejudice.  Early termination motion can be tricky and complex which is why it’s recommended to retain an attorney to handle your petition.

FACTORS THE COURT WILL CONSIDER

WHAT SHOULD BE SUBMITTED WITH AN EARLY TERMINATION MOTION?

WHAT HAPPENS AT THE HEARING?

Once all the requisite documentation is complied, your attorney will file the motion to terminate in the court in which you were sentenced.  The court will calendar the hearing typically 30 days out.  In a misdemeanor case, your presence is not required but recommended.  However, in a felony case, your presence is mandatory.  The hearing will consist of your attorney outlining the reasons why the court should terminate your probation.  Afterwards, the prosecutor will have a chance to respond to your motion by presenting their arguments in opposition.  It should be noted that the prosecuting agency will run your rap sheet to determine whether you picked up any new criminal cases.  Once oral arguments have concluded, the judge will make a determination about whether probation should terminate.

REASONS FOR DENYING A PETITION

FELONY REDUCTION TO A MISDEMEANOR

If someone was convicted of a wobbler offense, then they may petition to reduce their felony to a misdemeanor after the court terminates probation.[4]  A wobbler offense is a crime punishable as either a felony or misdemeanor.  A motion for reduction can be filed and litigated during the same hearing.  Reducing a felony to a misdemeanor is contingent upon the court terminating probation.  Generally, attorneys will argue for reduction utilizing the same arguments they made for probation termination.  The same factors and considerations outlined above apply to reduction motions.  If the court reduces the conviction to a misdemeanor, the offense becomes a misdemeanor for all purposes.  In other words, the law will no longer recognize this person to have ever been convicted of a felony.  Consequently, this may restore a person right to own or possess a firearm. 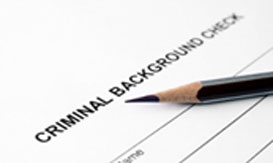 Once the court grants your petition, then you may immediately move to set aside and dismiss your conviction under Penal Code 1203.4.[5]  This is commonly understood as an expungement.  Lawyers generally file a motion to expunge the conviction conjointly with the motion to modify probation.  All courts are different with respect to their procedures when filing an expungement petition.  For example, some courts allow you to expunge your conviction at the same hearing whereas other courts require you to follow the standard procedure of filing at the criminal clerk’s office.  An expungement can be granted for either felony or misdemeanor cases.  This includes, assault, battery, domestic violence, DUI, and even certain sex offenses.  If the court grants the expungement petition, then a notation will be added on your record reflecting that the conviction was dismissed per PC 1203.4. This may carry considerable benefits for those seeking employment in the private sector.

WE HANDLE PROBATION TERMINATION PETITIONS ALL THROUGHOUT SOUTHERN CALIFORNIA 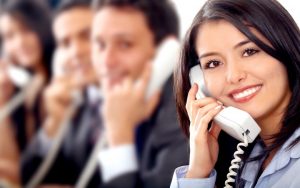 When seeking to terminate probation, there’s no question that someone needs an experienced Criminal Defense Attorney familiar with the procedure and how to properly convey persuasive arguments on your behalf.  Our office strives to achieve terminating probation by proving to the judge that our clients have been fully rehabilitated and will remain law-abiding long after probation terminates.  Contact the Law Offices of John D. Rogers for a free consultation if you’re seeking to terminate your probation early.  We offer affordable rates and with a brief telephone conversation, we can let you know whether there is a successful chance of getting your petition granted.  Our office represents those seeking to terminate probation early in Orange County, Los Angeles, Ventura, San Bernardino, San Diego, and Riverside counties.

[1] Penal Code 1203.3(a) defined – (“The court may at any time when the ends of justice will be subserved thereby, and when the good conduct and reform of the person so held on probation shall warrant it, terminate the period of probation and discharge the person so held.”)

[2] There is no requirement that a petitioner complete half of their probation period but often judges require such a time period pursuant to their discretion.

(3) When the court grants probation to a defendant without imposition of sentence and at the time of granting probation, or on application of the defendant or probation officer thereafter, the court declares the offense to be a misdemeanor.

[5] Penal Code 1203.4(a)(1) – defined (“In any case in which a defendant has fulfilled the conditions of probation for the entire period of probation, or has been discharged prior to the termination of the period of probation, or in any other case in which a court, in its discretion and the interests of justice, determines that a defendant should be granted the relief available under this section, the defendant shall, at any time after the termination of the period of probation, if he or she is not then serving a sentence for any offense, on probation for any offense, or charged with the commission of any offense, be permitted by the court to withdraw his or her plea of guilty or plea of nolo contendere and enter a plea of not guilty; or, if he or she has been convicted after a plea of not guilty, the court shall set aside the verdict of guilty; and, in either case, the court shall thereupon dismiss the accusations or information against the defendant and except as noted below, he or she shall thereafter be released from all penalties and disabilities resulting from the offense of which he or she has been convicted, except as provided in Section 13555 of the Vehicle Code. The probationer shall be informed, in his or her probation papers, of this right and privilege and his or her right, if any, to petition for a certificate of rehabilitation and pardon. The probationer may make the application and change of plea in person or by attorney, or by the probation officer authorized in writing. However, in any subsequent prosecution of the defendant for any other offense, the prior conviction may be pleaded and proved and shall have the same effect as if probation had not been granted or the accusation or information dismissed. The order shall state, and the probationer shall be informed, that the order does not relieve him or her of the obligation to disclose the conviction in response to any direct question contained in any questionnaire or application for public office, for licensure by any state or local agency, or for contracting with the California State Lottery Commission.”)