This section is relatively the same as PC 25850(a) but adds that the possessor is not the registered owner by the California Department of Justice. Although the Second Amendment of the United States Constitution allows individuals to own and possess firearms. However, there are several exceptions that unfortunately could lead to criminal prosecution, even for first-time offenders. 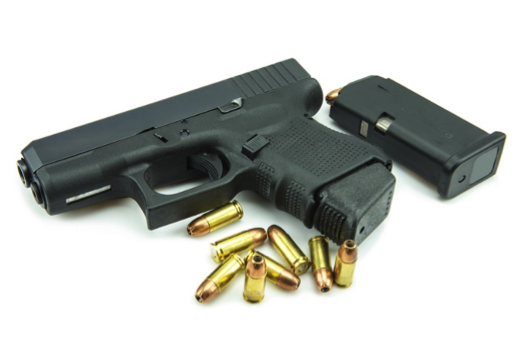 What does the Prosecution Need to Prove?

To prove someone is guilty of PC 25850(c)(6), the prosecutor must prove the following the elements beyond a reasonable doubt:

Other conviction consequences may include:

A person may be eligible to reduce their felony to a misdemeanor after the completion of their probation period. Additionally, obtaining an expungement is also a common post-conviction remedy sought. However, an expungement does not restore firearm rights.

If you have been arrest, charged, or accused of carrying a firearm and not the registered owner under PC 25850(c)(6), then contact the Law Offices of John D. Rogers to schedule a free case evaluation with an experienced Newport Beach criminal defense attorney. Early intervention by an experienced lawyer can mean the difference of spending time in jail or having your case rejected entirely from prosecution.

Attorney John D. Rogers is a Board-Certified specialist in criminal law. A prestigious distinction that less than 2% of California criminal defense lawyers have achieved. He has unmatched success in firearm cases, especially when his clients are faced with a “must win” dilemma. He aims to dismiss the case or obtain an acquittal at trial.

[1] Penal Code 25850(c)(6): “Carrying a loaded firearm in violation of this section is punishable, as follows: Where the person is not listed with the Department of Justice pursuant to Section 11106 as the registered owner of the handgun, by imprisonment pursuant to subdivision (h) of Section 1170, or by imprisonment in a county jail not to exceed one year, or by a fine not to exceed one thousand dollars ($1,000), or both that fine and imprisonment.”

[3] In People v. Aguilar (2016) 245 Cal.App.4th 1010, the Court held that, as a matter of first impression, a conviction for carrying a concealed weapon in a vehicle is a crime of moral turpitude that can be used to impeach a defendant.

[4] See People v. Yarbrough (2008) Cal.App.4th 303 where the trial court properly instructed the jury that a private driveway could still be a “public place,” if it was reasonably accessible to the public without barrier. Moreover, a “public place” is not limited to publicly owned property.

[5] See People v. Knight (2004) 121 Cal.App.4th 1568 where the prosecutor failed to establish that the place where the defendant possessed the firearm was in an incorporated city or prohibited area of unincorporated territory.

[6] See People v. Strider (2009) 177 Cal.App.4th 1393 holding that a fenced yard and porch area were not public a public place because, the four foot fence, provided a barrier and challenge for access.