Have you been arrested, charged, or are under investigation for burglary? If so, then retaining a reputable and experienced Newport Beach burglary attorney may be one of the most important decisions you make. With the harsh penalties burglary carries, it’s important that you speak with a skilled defense lawyer at the Law Offices of John D. Rogers to understand the nature of the crime and consequences. Our office has a proven history of successfully defending client’s accused of violent crimes and theft related offenses. 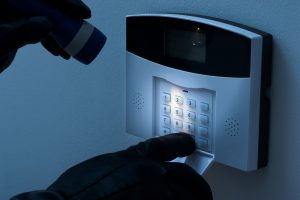 In California, there are three forms of burglary: (1) residential; (2) commercial; and (3) auto. Charges of burglary are codified under penal code 459 pc making it a crime to enter a structure with the intent to commit a felony or theft. Each form of burglary is fact specific and particular in the form of the structure the alleged burglary occurred. Generally, burglary requires the government to prove:

A defendant who harbors a bona fide claim of ownership or right to possession, even if it is based on mistake of fact or law, will serve as a defense to burglary. Moreover, the law will not punishment someone who reasonably believes the property to be their own. Additionally, you could have been misidentified as the suspect who committed the offense. For instance, poor lighting, a traumatic event, or cross-racial identification are all factors to assess when questioning the reliability of eyewitness identification. Furthermore, if the alleged victim otherwise granted you consent, then there is no unlawful entry or perhaps taking of the property, to constitute burglary.

The punishment for burglary depends on the type and/or degree. Ordinarily, a person may be eligible for probation and community service in lieu of a state prison sentence. But even in that event, the consequences could be life-altering.

If you have been arrested, charged, or under investigation for burglary under PC 459, then contact the Law Offices of John D. Rogers to schedule a free confidential consultation. By consulting with us, you can be rest assured that you will speak with an experienced and reputable Newport Beach burglary attorney who will explain all your rights, defenses, and provide guidance in mounting your defense.