The City of Santa Monica is on the Westside of Los Angeles known for its reputable scenery, beach, and social establishments frequented by Santa Monica locals as well as Los Angeles County residences. With fun and pleasure may come instances where one is arrested by the Santa Monica Police Department – whether it be for DUI, bar fighting, or other offense. In these unfortunate instances, one should be considerate of a local Santa Monica Criminal Defense Lawyer to represent them who knows the area and prosecutors and frequently handles Santa Monica criminal cases in order to obtain the best possible result. 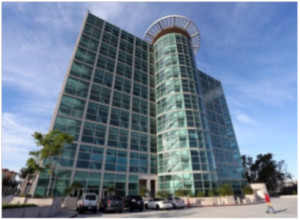 Just because you’ve been arrested for a crime does not mean you are guilty of a crime. If you suffered from a misdemeanor arrest, then the Santa Monica City Attorney’s Office will formally file charges against you. If you suffered from a felony arrest, the case will be forwarded to the Los Angeles District Attorney’s Office for review and formal filing. Regardless of the severity of the arrest, all criminal cases will result in charges at the Airport Courthouse.

Santa Monica Criminal Defense Attorney John Rogers initially developed rare unique training from the world’s most reputable prosecutors. Mr. Rogers now devotes his entire practice exclusively to defending those accused of criminal offenses. He’s passionate about his client’s rights and strives to earn a case dismissal or acquittals at trial. When necessary, the Law Offices of John D. Rogers will employ investigators and defense experts to closely examine and analyze the evidence to obtain a full case dismissal or substantial reduction of the charges. Mr. Rogers represents those accused of theft, weapon offenses, drugs, up to violent crimes and murder cases. If you suffer from an arrest within the City of Santa Monica, call Attorney John Rogers (949) 625-4487 now! 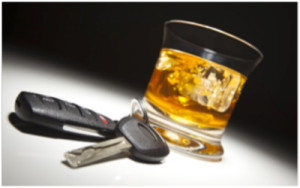 The Law Offices of John D. Rogers has a division solely devoted to representing those accused of driving under the influence in Santa Monica. Whether you’re charged with a first time DUI, or have multiple prior convictions, it’s important your case is handled with proper and confidential guidance. Just because you were arrested for suspicion of DUI does not mean you’re guilty. A DUI can have substantial consequences from losing your licenses, probations, substantially high court fines and even jail time, which is why Mr. Rogers will personally handle and examine your case to find certain technicalities which may result in a complete dismissal or reduction. Santa Monica DUI Attorney John Rogers will strive to achieve the best possible result and help you move on with your life.

Early intervention by a Santa Monica Defense Lawyer could be the difference of having your case rejected completely or having to serve time in the Los Angeles county jail. When deciding whether to file charges, the prosecutor will examine the evidence very narrowly. Moreover, the prosecutor will only read and examine the police officers arrest report and base their decision on the opinions of the officers. However, when appropriate, Mr. Rogers can put together a package consisting of your side of the story, exculpatory evidence, or evidence of your arrest being a misunderstanding in an effort to persuade the prosecutor to reject the case completely and avoid charges from ever being filed. But this approach should be handled at the earliest possible juncture of your case. The longer one waits to retain an attorney, the chances of rejecting the case diminishes.

Felony Reduction to a Misdemeanor

If you suffer from a felony conviction then you may be able to reduce your conviction to a misdemeanor under California Penal Code 17(b). There are certain requirements which must be satisfied in order to do so. For instance, you must have completed your probation term, obeyed all orders from the court, and paid all your outstanding fines. Upon your eligibility and proper petition, the court will reduce your felony to a misdemeanor which restores all your rights including your right to own a firearm. P.C. § 17(b) reduction makes any felony offense a misdemeanor “for all purposes.” If you’re seeking to reduce your felony to a misdemeanor in Santa Monica then contact the Law Offices of John D. Rogers to further discuss your case and eligibility.

Call Us 24/7 for a Free Consultation

If you are under investigation, arrested, or charged with a crime by the Santa Monica Police Department, contact Santa Monica Criminal Defense and DUI Lawyer John Rogers at the Law Offices of John D. Rogers. Call (949) 625-4487 now for a free confidential consultation concerning your rights and defenses.